Warning: "continue" targeting switch is equivalent to "break". Did you mean to use "continue 2"? in /homepages/28/d200330525/htdocs/blog/wp-includes/pomo/plural-forms.php on line 210
 The Door Challenge [Source] | Prototypes and Polygons

A while back I proposed a challenge for designers to rethink the “opening a door” trope and expand on the concept. I wanted this challenge to be for all designers from beginner to senior. The main theme of this experiment was innovation and expression. I gave myself a deadline of 1 day. Here are my results and notes from 2009. 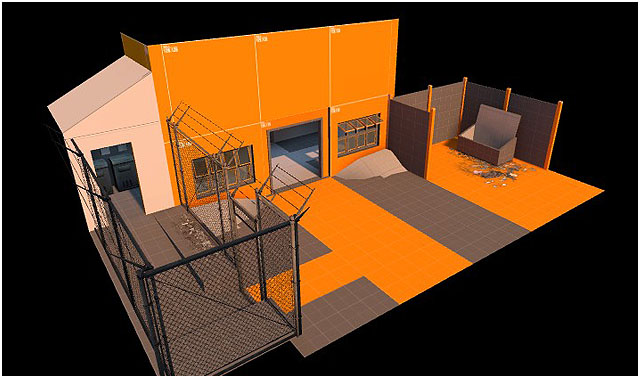 When I was putting in some windows a thought crossed my mind, what if the player needed something from the other side of the door to open it? I began to think about the different combinations of objects when finally an AI popped into my head. 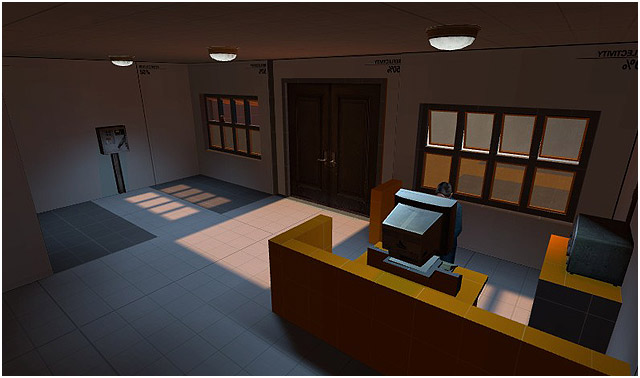 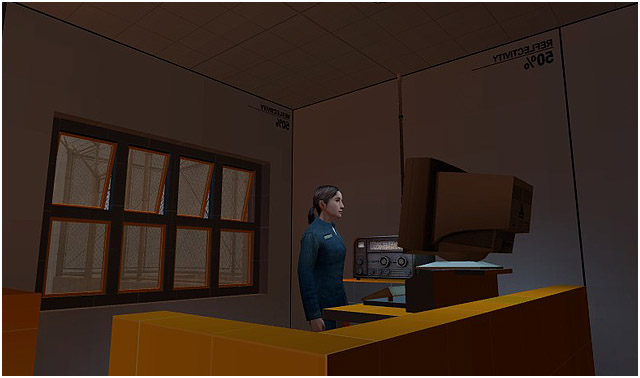 Browsing through NPC VO in Hl2 I came across one of Alex Vance humming. This inspired me to have an NPC that was listening to music and wouldn’t be able to hear the player until the power was shut off. Once the NPC went to check on the circuit breaker, the player could throw an object through the window to get her attention. 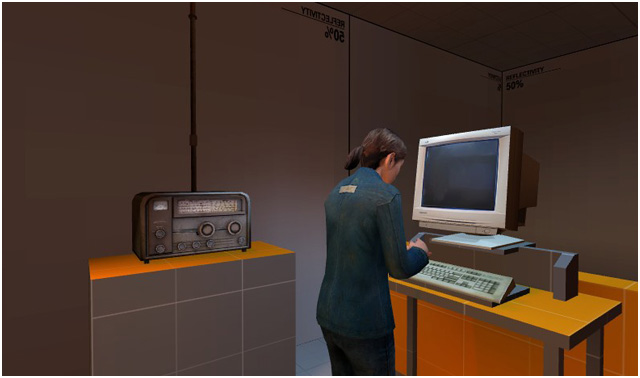 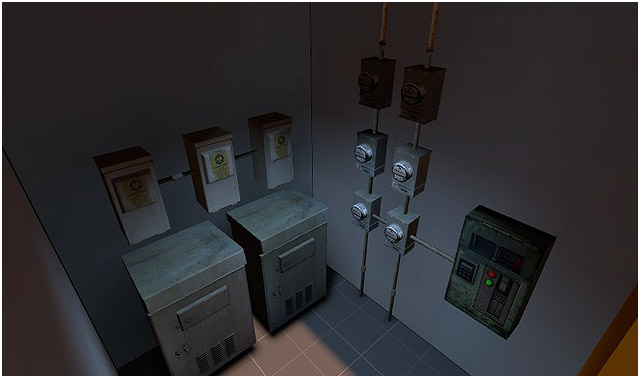 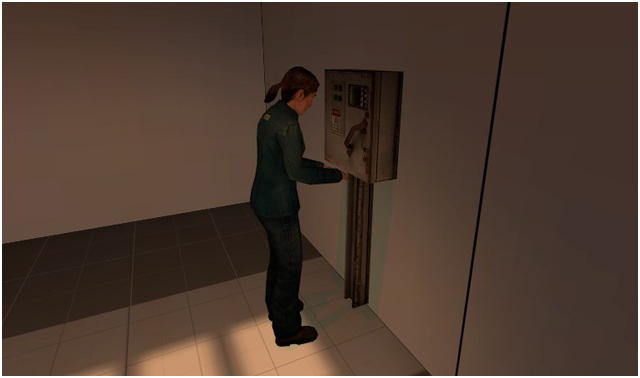 There were a few issues with this idea that I had to solve along the way. The first one was making a believable situation where the NPC couldn’t hear the player trying to open the door. I solved this by having her listening to music and humming aloud. Then I needed the player to realize they could throw objects through the open window. I solved this by having a can resting on the window that blew into the building as you got close to it. I also helped remind the player they could pick up small objects by pressing “E” on the keyboard when they got close to the dumpster. 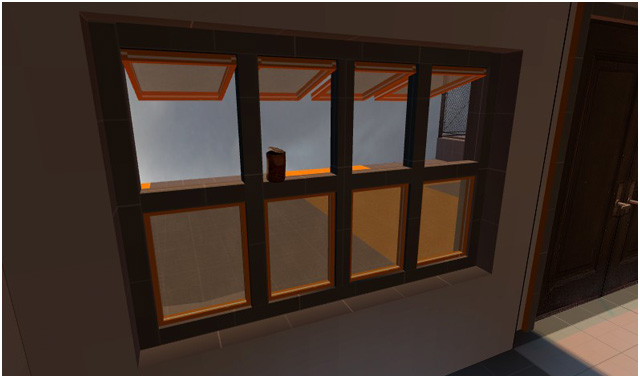 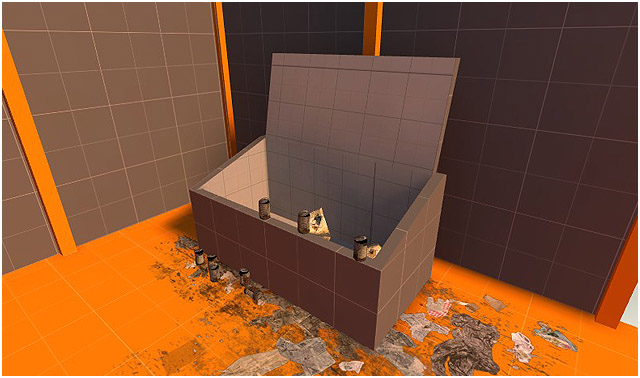 One of the final issues that came up was having enough objects to throw if the player kept missing. A trigger was placed so that she would notice if you threw a few cans into the room while she was at the circuit breaker.

It’s hard to gauge the actual success of my door solution since it’s a very closed off area with only a few things to do. If I was to script this for a game, I imagine the pacing would be a tiny bit different since I would support multiple solutions. Now! I leave you with a couple of behind the scenes shots! 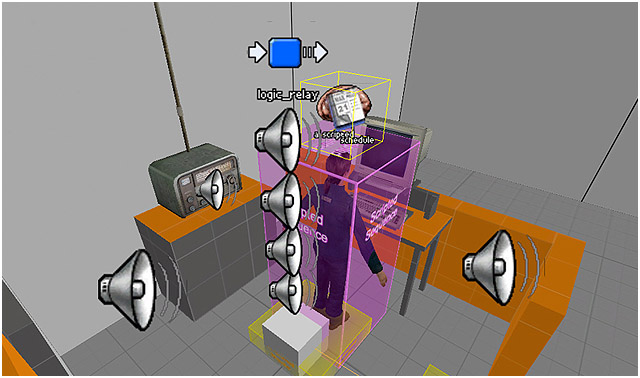 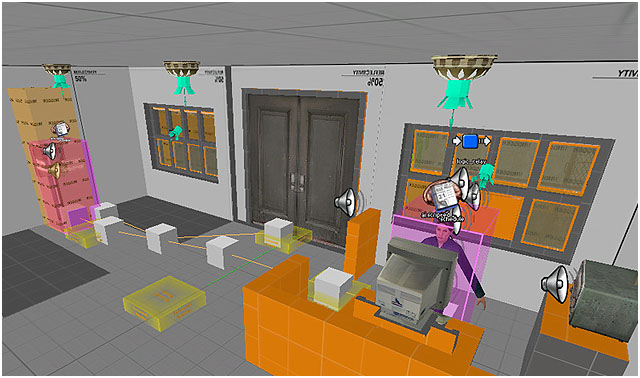