Warning: "continue" targeting switch is equivalent to "break". Did you mean to use "continue 2"? in /homepages/28/d200330525/htdocs/blog/wp-includes/pomo/plural-forms.php on line 210
 Combine Antlion Buddy AI [Source] | Prototypes and Polygons

Been recently spending more time working in Source SDK now that Bioshock: Infinite is finished. I’ve been neglecting those tingles in the back of my mind that drive me to make these tiny nugget prototypes. Believe me, it wasn’t easy! The idea of a combine soldier working together with an Antlion seemed like a fun opportunity to change up the pacing of combat and tell a new story.

The basic premise revolves around the combine discovering pheropods and how they control the Antlions using a Spore Pack. Early on, I really wanted to ditch the idea of having a combine soldier running around throwing baseballs at everything. If you remove the pheropod tossing aspect and instead slap a gun in his tiny baby corn combine hands, things get interesting.

The fiction behind what I’ve dubbed “The Spore Pack” is a pretty simple concept. By mixing the pheropods with a special combine chemical, they can create an air based pheromone that controls the Antlion’s emotional state. Once that’s complete, they place them in a combine backpack that releases small bursts of the pheromone while the combine moves. This tool is great for the combine as long as they’re wearing the pack. If the Spore Pack gets damaged or ripped off by the player’s gravity gun, the Antlions won’t be able to tell them apart from the enemy and will attack.

Alright, here’s a video and some screenshots. 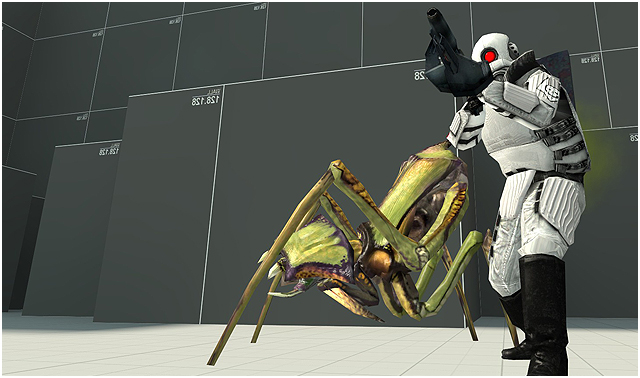 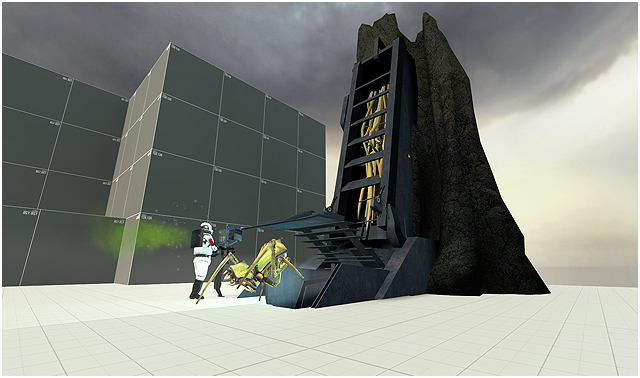 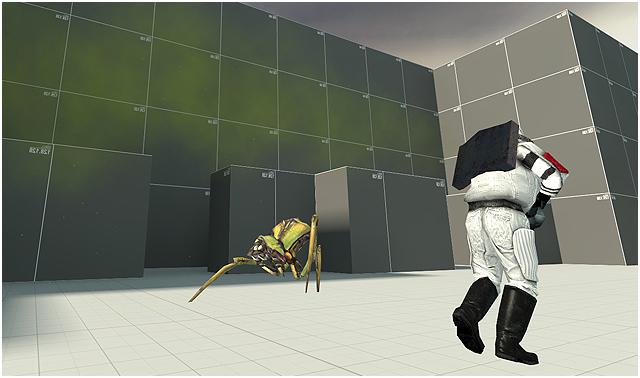 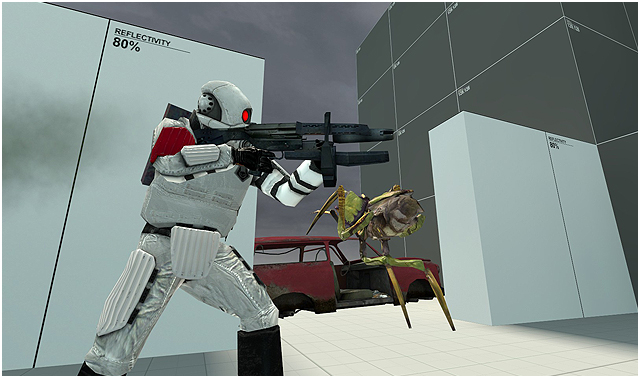 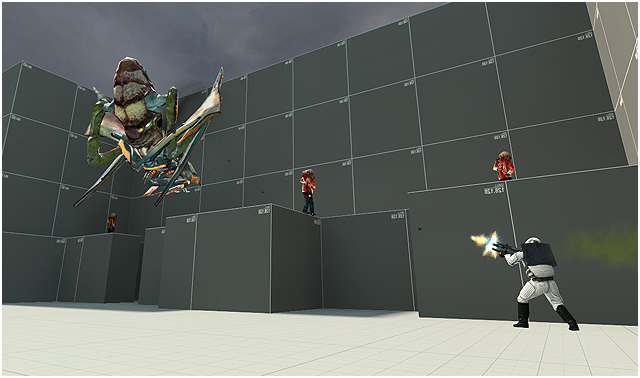 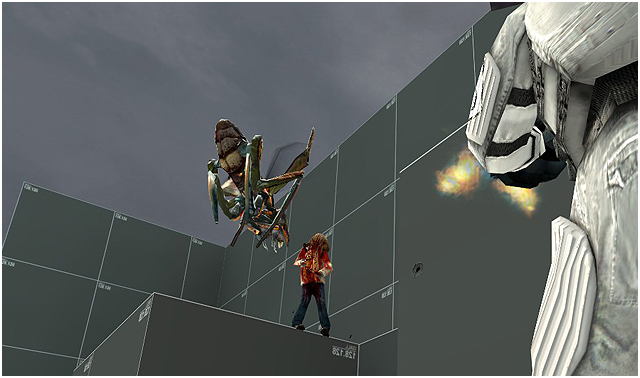 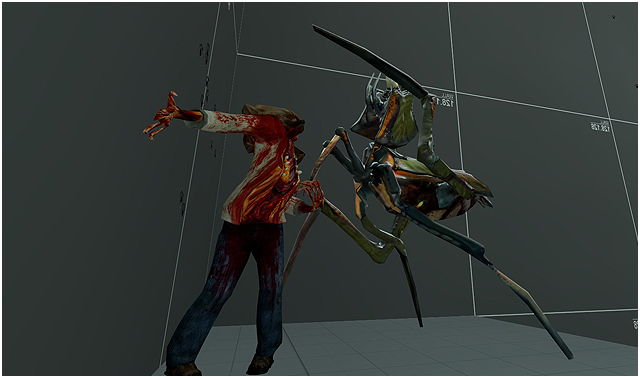 Wish I did a few more things now that I’ve had some time to think about it. For instance, I would have liked to color code the spores coming out of the backpack to signify what the combine wanted the Antlion to do.

Also, in the scripting, I used  logic_measure_movement in a naughty way since ai_goal_follow didn’t seem to work with 2 AIs. I prob should have just used a scripted sequence that’s either parented to the combine or spawned a brand new one(killing the old) each time I wanted the Antlion to move.

I think I could have grabbed what the combine perceived as his current enemy and updated the Antlion to change focus to that specific enemy. At the moment the Antlion can just attack whoever he thinks has a stupid face, which can be a bit random. When both AIs attack the same enemy, it feels way more “elite”-ish. 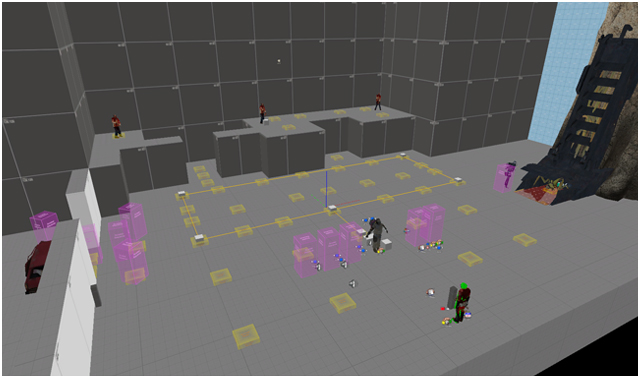 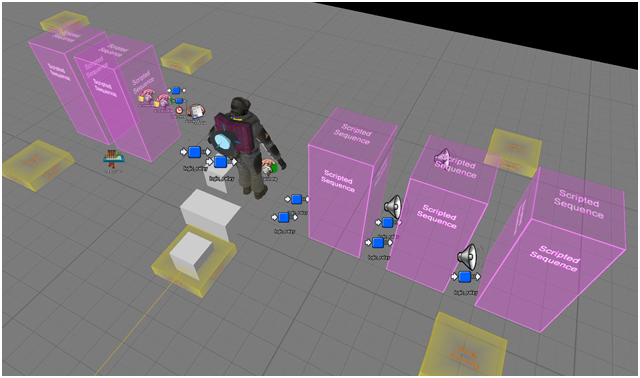 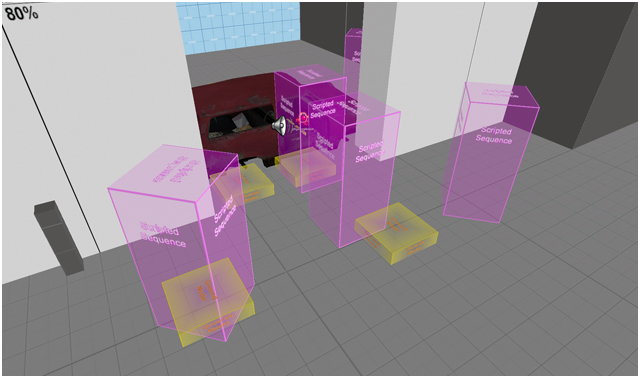